The growth of cases is another hot and controversial COVID-19 topic. On one hand, the number of daily is getting to be very large in many European countries. On the other, it doesn't look like this rise in cases is having the same impact as it had before. There is a theory that proposes there might be a lot of dead virus being detected, as well as that the increased amount of testing is the reason behind the increased amount of cases, most of them asymptomatic. As such, we should be ignoring the case numbers and focus on other metrics such as hospitalizations.

The case of Spain

One of the first countries to have a "second wave" of cases was Spain. Lets load up the "our world in data" dataset and compare the two waves to see how they look like.

Spain's first wave started at the beginning of March, while the second wave is still ongoing in August. Lets plot those on the same chart: 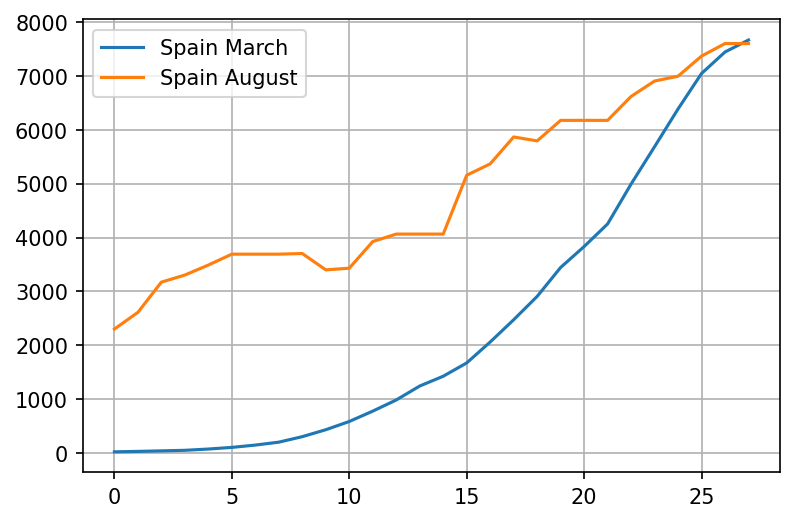 The chart looks very scary, but we can't easily infer the growth rate of the virus by looking at it. Lets try a log plot: 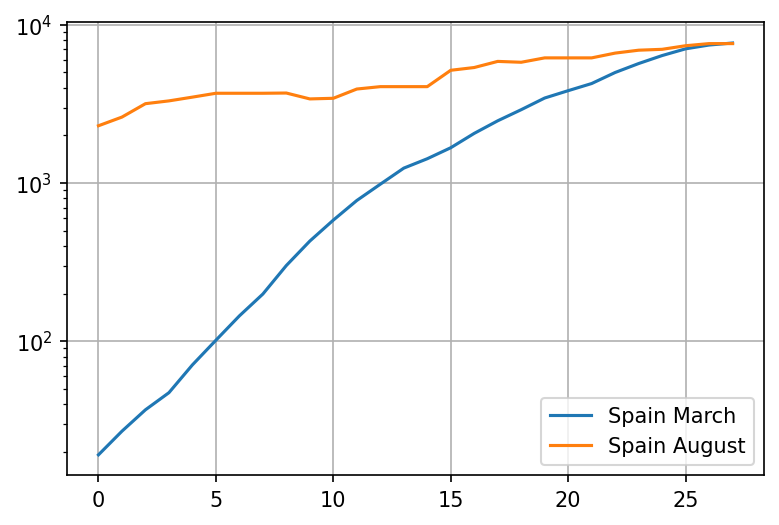 Ok, thats interesting. It appears that despite the case numbers being very high, the growth is significantly slower this time around. Lets try and compare the 5-day rate of growth (which should be pretty close to Rt​) 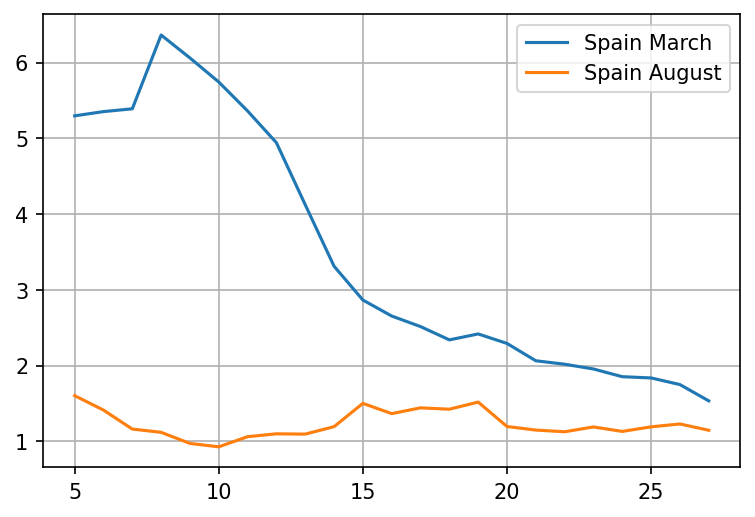 Wow, that is a huge difference. The rate of spread is not even close to the level in March. Lets try zooming in on the period in the middle of the month 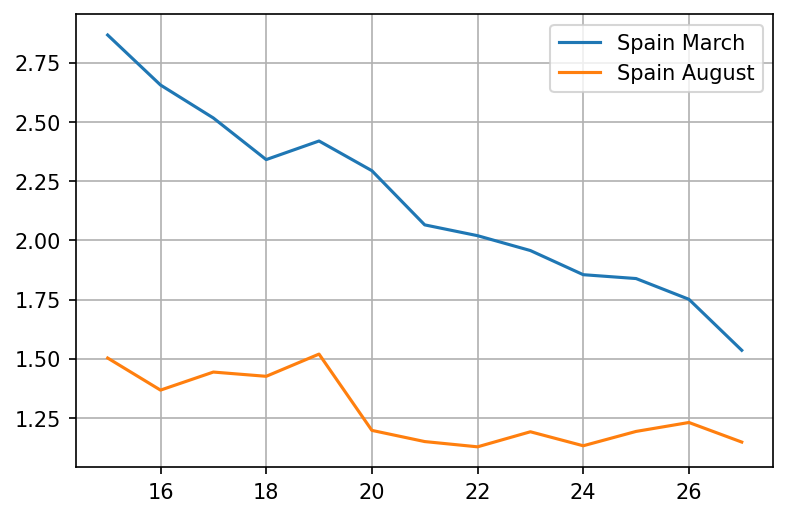 It looks like the growth rate barely went close to 1.5 in August, while in March it was well above 2 for the entire month!

But, why is the growth rate so important? I'll try and explain

The growth rate is the most important metric

There are several reasons why the growth rate is so important

Its resistant to errors or CFR changes

Yes, the rate of growth is largely resilient to errors, as long as the nature of those errors doesn't change much over a short period of time!

Without the errors, we would get

Pretty close - and whats more, the increase in errors causes under-estimation, not over-estimation! Note that growth means that the error will matter less and less over time unless tests scale up proportionally.

A similar argument can be made for people who have already had the virus, where the PCR detects virus that is no longer viable. We would expect the number of cases to track the number of tests, so the rate of growth would likely be lower, not higher.

Note: the case with asymptomatics is slightly different. We could be uncovering clusters at their tail end. But once testing is at full capacity, the probability is that we would uncover those earlier rather than later, as the number of active cases would be declining at that point.

It can be adjusted for percentage of positive tests

Lets say that the number of tests is changing too quickly. Is this a problem?

Not really. From the rate of growth, we can compensate for the test growth component, easily.

The adjusted rate of growth is

Its best not to look at absolute numbers at all. Hindsight is 20:20, so lets see what the world looked like in Spain from the perspective of March 11th: 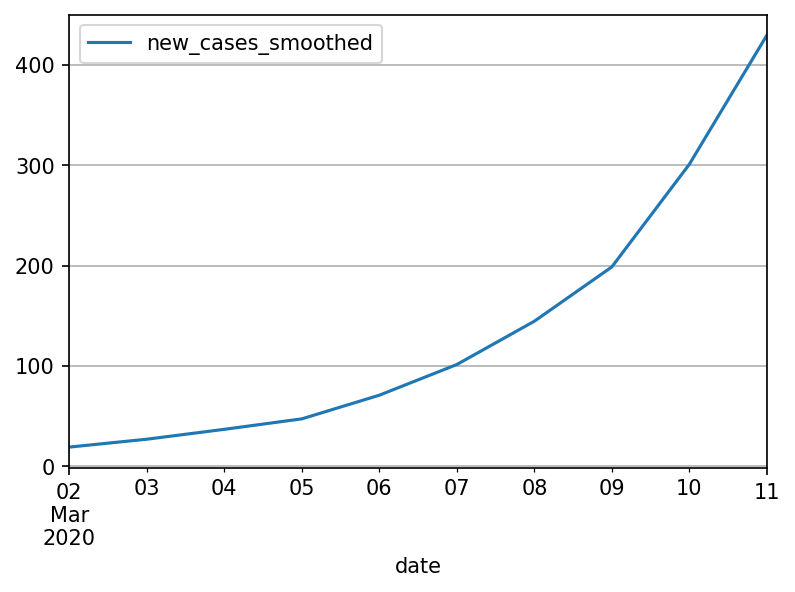 Only 400 cases, nothing to worry about. But if we look at Rt​ instead 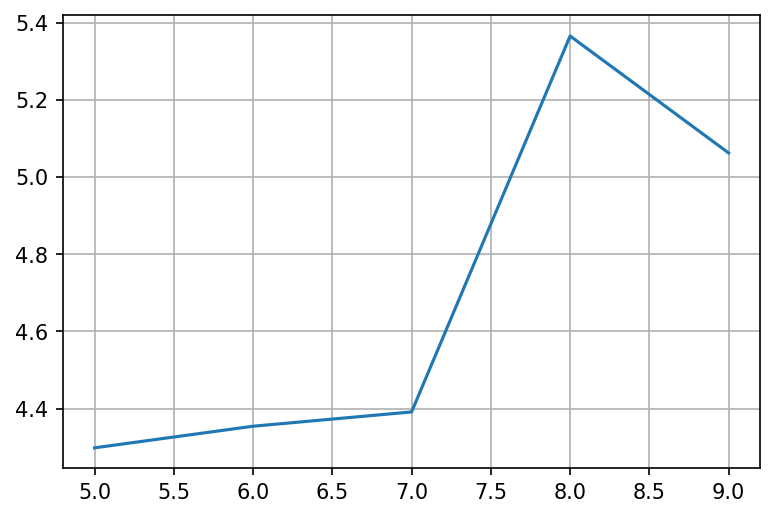 The rate of growth is crazy high! We must do something about it!

It encompasses everything else we do or know

Antibody immunity, T-cell immunity, lockdowns and masks. Their common theme is that they all affect or try to affect the rate of growth:

Early growth dominates all other factors

With the following few examples lets demonstrate that getting an accurate estimate of the growth rate and its early control is the most important thing and other factors (absolute number of cases, exact CFR etc) are mostly irrelevant 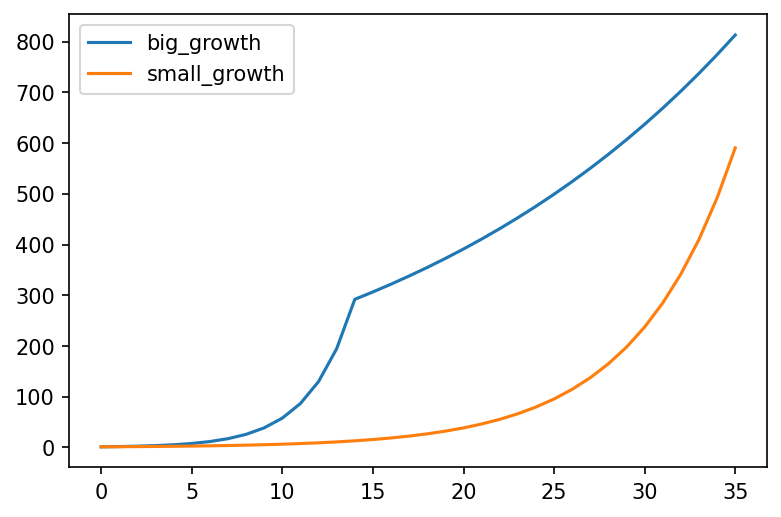 This chart makes it clear that growth rate trumps all other factors. If a country's growth rate is small, they can afford not to have any measures for a very long time. If however the growth rate is high, they cannot afford even two weeks of no measures - by that point its already very late.